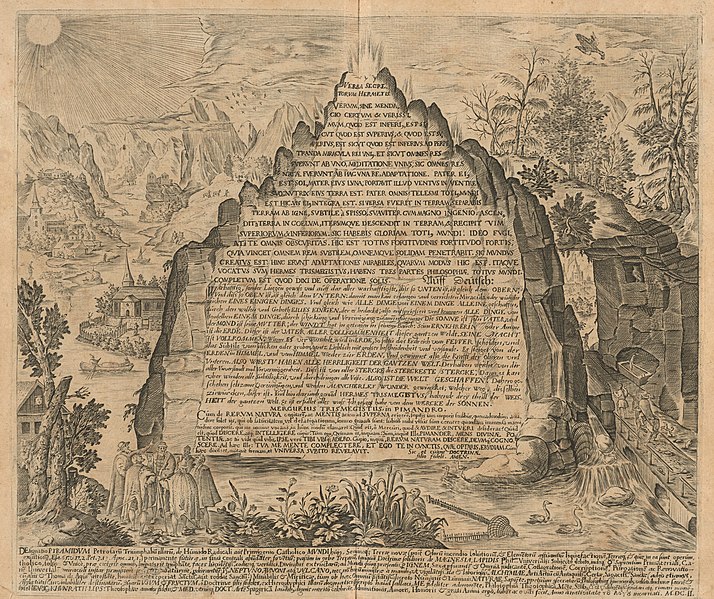 Hermetics recently became a popular topic of discussion among theologians. Hermetic writings consist of The Divine Pymander, Virgin of the World, and the other sources listed in the Corpus Hermeticum. However, texts such as the Kyballion for instance, are not actual Hermetic writings like the others listed above. It is a MODERN unsourced collection of Hermetically influenced beliefs. Sources such as these receive little to no consideration from true theologians due to its modern age and lack of ancient source.

The Emerald Tablets of Who?

The Emerald Tablets of Thoth the Atlantean by Dr Doreal is another prime example of a modern day text posing as sourced by an ancient influence. The link below explains how the author is a fraud, and that he never achieved the things he claimed. He lied about his accomplishments and findings and the proof is undeniable. Because this knowledge became public only recently, many have built entire theories based off of this book. Unfortunately it has polluted the community for up and coming theologians and is counterproductive to our goal of finding truth. Doreal admitted HP Lovecraft influenced his writings. There is also record that Doreal admitted in writing, that he was heavily influenced by the sci fi “Amazing Stories” magazine. The REAL Emerald Tablet’s translation is available in this link.

The Urantia Book is subject to the same scrutiny as the others. A newborn in the eyes of ancient text, and with no proper source to refer to, it receives little to no consideration. Published in 1955, and without a doubt influenced from the Emerald Tablets of Thoth, it falls into the same category as unverifiable and faux ancient texts.

The Lost Book of Enki by Z. Sitchin.

While this book does refer to actual texts, many consider it an actual word for word translation of 14 tablets. In fact, the book is a fictitious autobiographical account created by Sitchin to mesh his books together into one last masterpiece. If you want proof of that, buy the hard cover version of the book and read the dust flap. He admits this right on the front of the book!

Some of these are apologetic, faux ancient text, or just miscategorized. Can you tell which?

There are actual ancient texts with a specific goal to either cover up, or alter an initial belief. Theologians call these sources apologetic texts. One example of an apologetic text would be Sibylline Oracles. Then we have examples that appear to be apologetic, but are not, such as the account of Sanchoniothon. Sanchoniothon of Phoenicia, was the oldest heathen scribe known in history. Some sources place him as early as 1800BCE, while others place him much later… These texts appear apologetic because Eusebius translated the names into their Greek counterparts. This would lead one to believe Eusebius elevated his belief above Sanchoniothon’s.

What Constitutes a source as Valid or Invalid?

As humans we must understand we desire to elevate the ones we look up to above all others. People will always pick sides, play favorites, and have their own motives. With that said, all writings whether modern or ancient, are subject to bias views. Having the ability to inspect opposing points of view of the same account allows one to see the true reality of any given situation. So, valid information is any information close enough to the source. All sources of information should receive some degree of scrutiny. Naturally the older something is, the closer it is to the source of information. Newer variations of that story will have less validity than its predecessor due to loss of information over time.