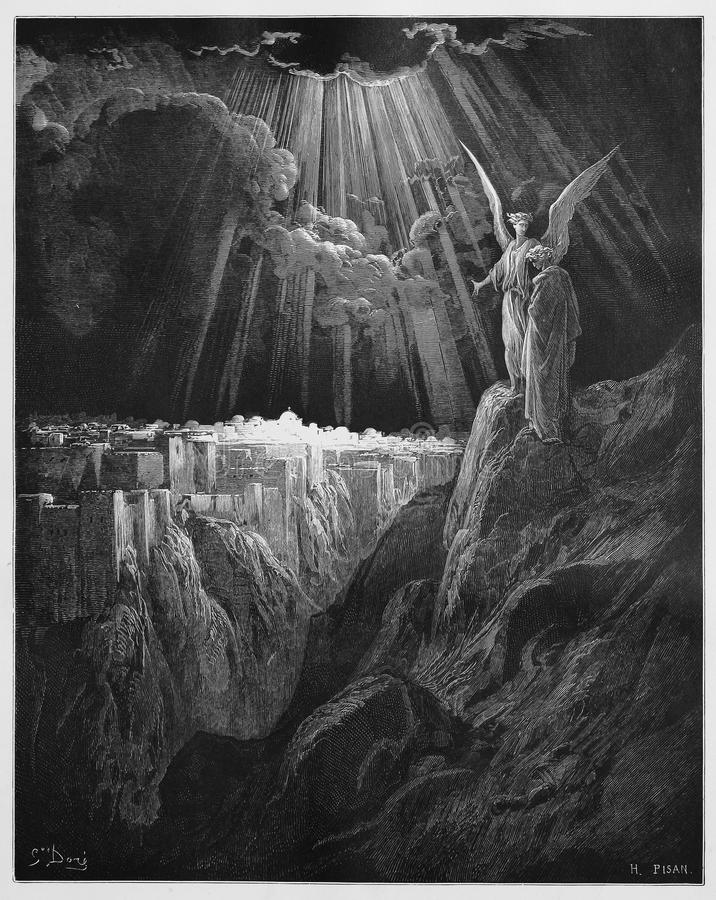 The Bible mentions New Jerusalem only a handful of times. But the text does offer some information about its appearance and location. Called The City of God, it floats in the heavens above Earth. Measuring approximately 12,000 Stadia wide by 12,000 Stadia long and 12,000 Stadia high. This implies the city is a cube about the size of the western half the the intercontinental USA.

Both accounts in the Bible mention New Jerusalem descending from the heavens. Between both accounts, we can construct a vivid description of the city. 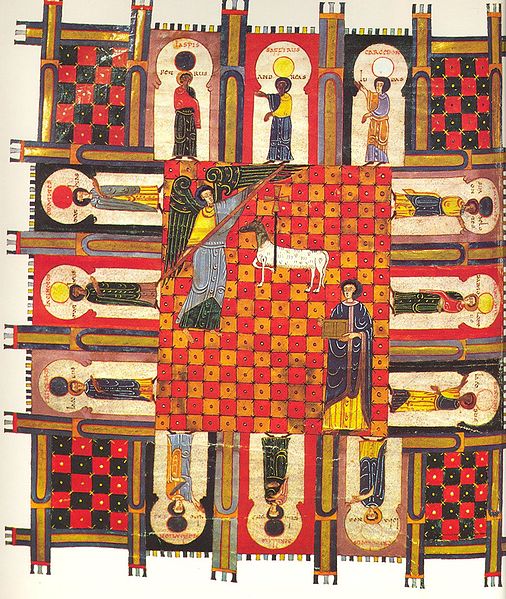 The Measuring of New Jerusalem

The city’s wall measuring 144 cubits high (216 ft) and made of jasper stone or a red shiny material. “The city was pure gold like clear glass.” and, “And the main street of the city was pure gold, like transparent glass.” It seems to have had a metallic and glass like appearance along its surface. There were 12 gates, each gate made of one pearl. “On the east were three gates, and on the north three gates, and on the south three gates, and on the west three gates.” Since the figure is a cube, it is difficult to place these without any known reference to the front of the city. “The city has no need of the sun nor of the moon to shine on it, for the glory of God illuminated it.” New Jerusalem was always illuminated.

So what is this actually describing? A floating cube above the Earth?

The description and passages referenced raises more questions than answers. Let’s entertain the idea that these accounts contained some truth. From a religions point of view, it sounds as described above. It is the City of God, not much smaller than the moon itself. Yet from a skeptic’s point of view, its pure myth. So lets approach this from a new age point of view. There must be some truth, some meaning behind it. The description says the city is like pure gold, and crystal clear glass. With pearls as gateways, and other shining colorful gems at its base. The description immediately sounds like something metallic with other portions being clear. Having the ability to descend and ascend, being home to God and higher beings, metallic and glass… So is anyone else thinking of a spacecraft yet?

Another possibility is the moon itself. The Moon’s diameter is 2160 miles. However New Jerusalem measures approximately 1431 miles cubed. But a 1400 mile cubed object wouldn’t fit perfectly into a 2100 mile diameter Moon, or would it? A square that measures 1431 miles isn’t its longest dimension. Calculating the distance between the 2 opposite corners is 2023 miles. This means New Jerusalem’s dimensions allow it to fit inside of the moon almost perfectly. Are there any other connections or similarities? In New Jerusalem, it is always light. The Moon, whichever side faces the sun, remains illuminated. New Jerusalem ascends and descends. The moon rises and falls.

However many parallels we are able to draw, we may never find the true answer.