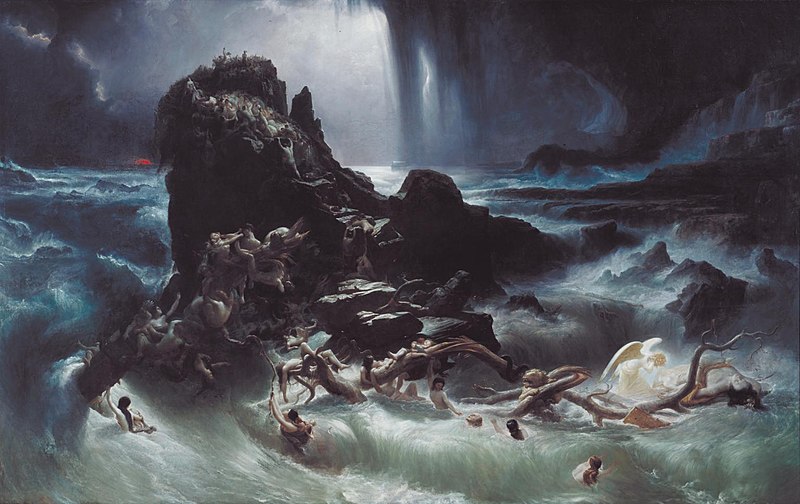 There is evidence that in our distant past a great flood or deluge had swept over the earth. Could it be possible only one family escaped this horrible fate? Many tales around the world state God spared a single family. He warned and instructed them to build a large “ark” for the coming flood.

According to the story, the family did survive, along with friends and livestock. As the flood ended, their boat landed atop a mountain, and they exited to repopulate the whole earth.

Most people recognize this story as Noah and his ark or even from the Sumerian tale in Gilgamesh. But did you know that there are similar legends told by cultures around the world? Over 200 cultures share this same basic story passed down for generations. The most similar stories come from middle eastern cultures. However, there are myths from around the world that confirm the deluge was a worldwide event. When cultures share a myth regarding certain characters, it implies the event was exclusive to that location. How would cultures all around world have this same myth? As if all descended from a common ancestral source which experienced the event. It would be reasonable to say it is the only logical explanation.

After the Flood, the Tower of Babel

The texts tells us that Noah’s descendants stayed together until the Tower of Babel event. People scattered but still told the story of the flood. And as in the telephone game some details have changed. The act of teaching and learning oral history was very important. Before there was writing to preserve history, people had to remember their history. And this is how they did it. By repeating the story generation after generation. It was very important for the older generation to repeat the history just as they learned it.

If a catastrophe as large as a global flood happened, wouldn’t there be evidence left for us to see?

Scientists have found evidence of a great flood in the Middle East. Around 5000 BC, the Black Sea was a freshwater lake. A possible explanation is when the European glaciers melted the Mediterranean Sea overflowed. Creating a force hundreds of times greater than Niagara Falls. This could be how the Black Sea transition into saltwater when the area flooded over. Another theory is that a giant comet came crashing down causing a massive tsunami. If a 600-foot-high tsunami raced across the earth, wouldn’t there be geological evidence? There is!

Scientists have found the ancient river valley and ancient shoreline underwater. Stone Age structures, tools, and fossils of freshwater species that are now extinct. These date back 7500 to 15.500 years. A study of shells found along the ancient coastline found two types. One group is an extinct type of freshwater shell, but the second is from saltwater shellfish. The remnants of human habitation are evident in more than 300 feet of water, about 12 miles off the coast of Turkey.

Powerful waves create wedge shapes in sand called chevrons as well as linear drag marks. Satellite imagery located such formations on Africa and Asia. Carbon dating fossils found helped determine the theory’s timeline of 5000-7000 years. Archaeologists correlate the rising waters with the migration of farming cultures into Europe. The first farmers arrived in southern Mesopotamia shortly after this event. Did they bring with them the story of a great deluge that destroyed their world?