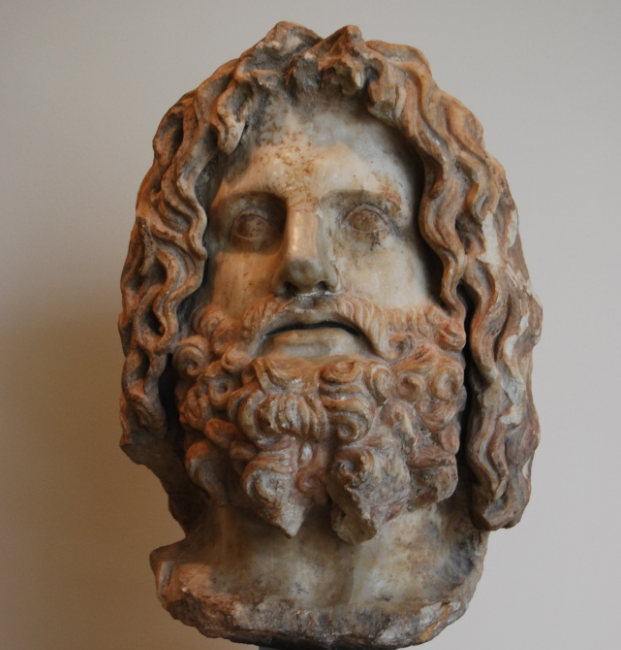 The origins of Zeus are from an ancient Anatolian Hittite Myth called The Kumarbi Cycle. This tale was recorded by the Hittites in approximately 1400 BCE and precedes Greek mythology by about 600 years. To summarize the tale, A sky god is overthrown and castrated by his son, who is then overthrown by his son, a storm god. This is the source of the Greek Ouranos, Cronos, and Zeus story. In the Kumarbi Cycle, Anu is Ouranos, Kumarbi is Cronos, and Tessub is Zeus. Adad being the Mesopotamian counterpart of Tessub makes him the original Zeus. Tessub other siblings do not contest him, nor is there any mention of a Hades like character. Their quarrel appears to occur after these events. 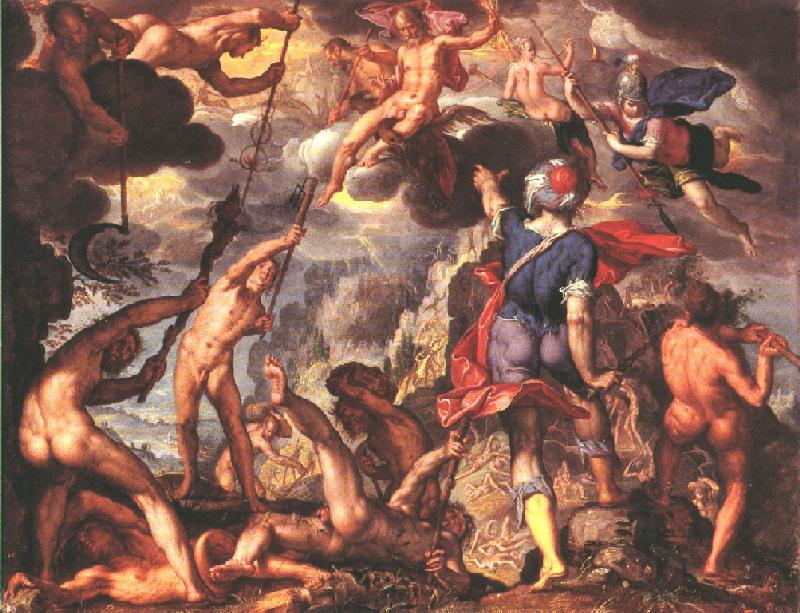 “Thallus makes mention of Belus, the king of the Assyrians, and Cronus the Titan; and says that Belus, with the Titans, made war against Zeus…” “According to the history of Thallus, Belus preceded the Trojan war 322 years. (1500BCE)” -Theoph. ad Aut. 281,282.

Cross referencing this quote with the approximate writing of the aforementioned, we can draw some parallels. At around 1500BCE that the Titanomachy appears to have taken place. The war between the Olympians and the Titans resulted in Zeus taking the title of King of the Gods. Historically during this time, we see the fall of the Assyrians coincides with the birth of Greek city states. Eventually the Roman Empire absorbed the Greek Cities. Through these avenues Zeus appears to have spread west. The war between these gods spanned through various empires and factions. From Rome, worship of Zeus spread further north and west through the Germanic tribes as Woden while his opposition Hades, gained favor in Celtic territory.

Anatolia, Crete, and all of the surrounding areas had influenced Greek Mythology and its earliest tales. The Muses dictated the Greek Theogony to Hesiod around 800 BCE. They were the daughters of the main protagonist in the previous Hurrian tale, Tessub. To draw more parallels we can also consider a direct quote from Eupolemus.

“For the Babylonians say that the first was Belus (Enlil), who is the same (Generation) as Cronus (Kumarbi). And from him (Belus) descended Belus (Zeus Belus)…” 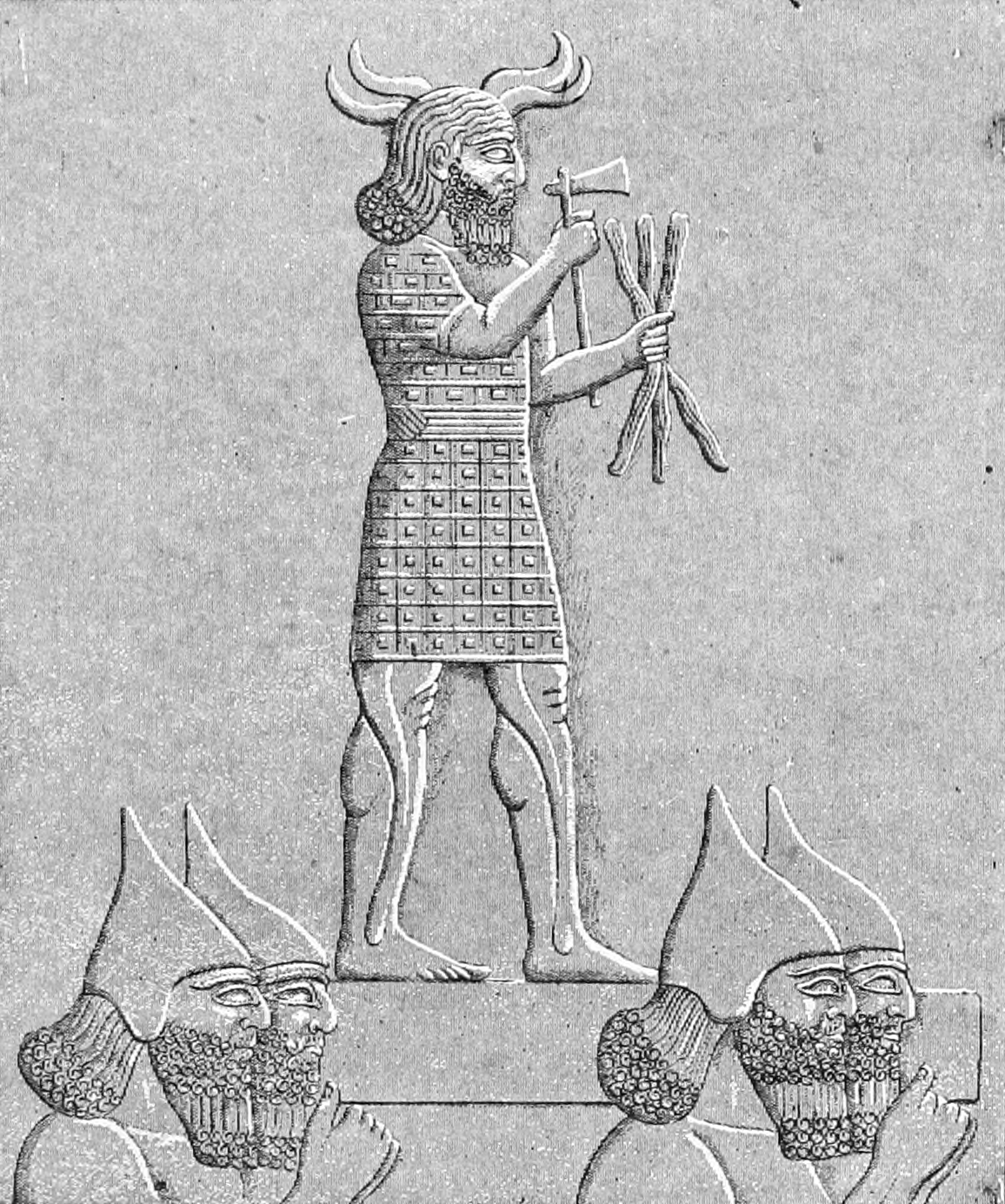 Adad (Zeus) with his Lurid Thunderbolt

Usurped by his brother, then demoted to a planetary genius, the Pistis Sophia does acknowledge Zeus but not in as high regard as his brother Hades/Serapis. Some Abraxoid talismans from about 50BCE acknowledge Zeus as Adonai (a term reserved for another epithet of Hades’ Cult). The Pistis Sophia states that his younger brother Serapis (Hades) took the title of Zeus and was then known as Jupiter Dis. 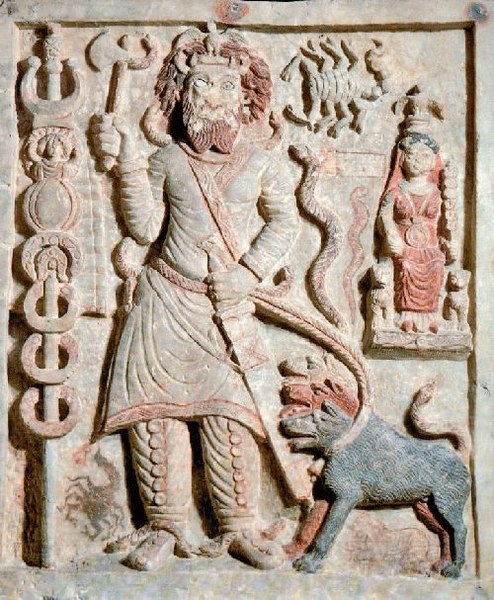 Hades’ origins are found in the oldest known pantheon of gods. He is the Sumerian God Nergal, in some myths son of Enlil, in others he is the Son of Enki. As son of Enki he is younger brother of Marduk the Supreme (Zeus Belus), and older brother to Ninagal (Late Poseidon), Prince of the Great Waters. As son of Enlil he is brother to Adad (Zeus Adados) and Enbilulu (Mid Poseidon). Grandson of Anu, the Sky god, and Antu, the Earth Goddess. Nergal’s Sumerian and Greek counterparts are in perfect alignment with each other, whichever lineage he is assigned.

Throughout various mythologies, we can reveal a common pattern. Hades had a strong resentment for his brother and his right to rule. The feud between Zeus and Hades resembles the Enki and Enlil quarrel, but with more open violence. In Zoroastrianism, Ahura Mazda (Zeus) faces the evil forces of Angra Mainyu (Hades), the lord of the underworld. In the Testaments of Solomon, Beelzebub (Zeus) acknowledges another fallen angel. He says that this other holds the key to unlocking the Titans, whom Beelzebub himself locked up. This other “ungodly” fallen angel must be his opposition Nergal. 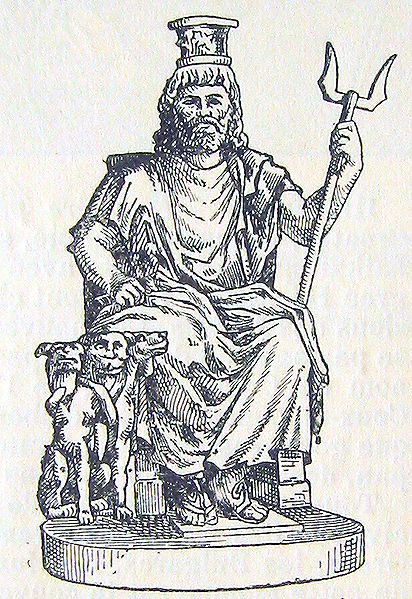 In the Gnostic texts, Hades/Nergal is referred to as Serapis. Iconography of Serapis is quite similar to Hades.  As mentioned above, Serapis eventually usurps Zeus. He takes the title of “Jupiter Dis” or Aidoneus, a variant of Adonai. 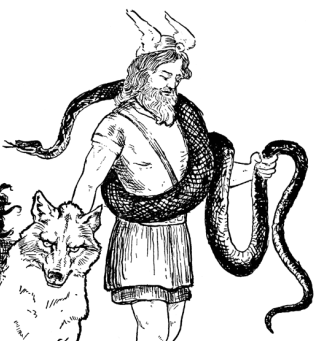 In Norse Mythology, the All Father was Odin. In Greek Mythology the Father of all was Zeus. Contrary to popular belief, Odin is Zeus, not Thor. Iconography of Loki is exactly identical to Serapis, they have the same motive, and achieved the same thing. Loki has a snake, a canine, and Hel serving as queen of the underworld. Hades and Nergal’s counterpart both have their own fearful canine, serpent, and evil queen who ruled the underworld. While it is known that Loki shares similarities with other deities like Prometheus and Samyaza, it doesn’t denote the other similarities mentioned.