Creation of Man – Genesis vs The Atrahasis Epic 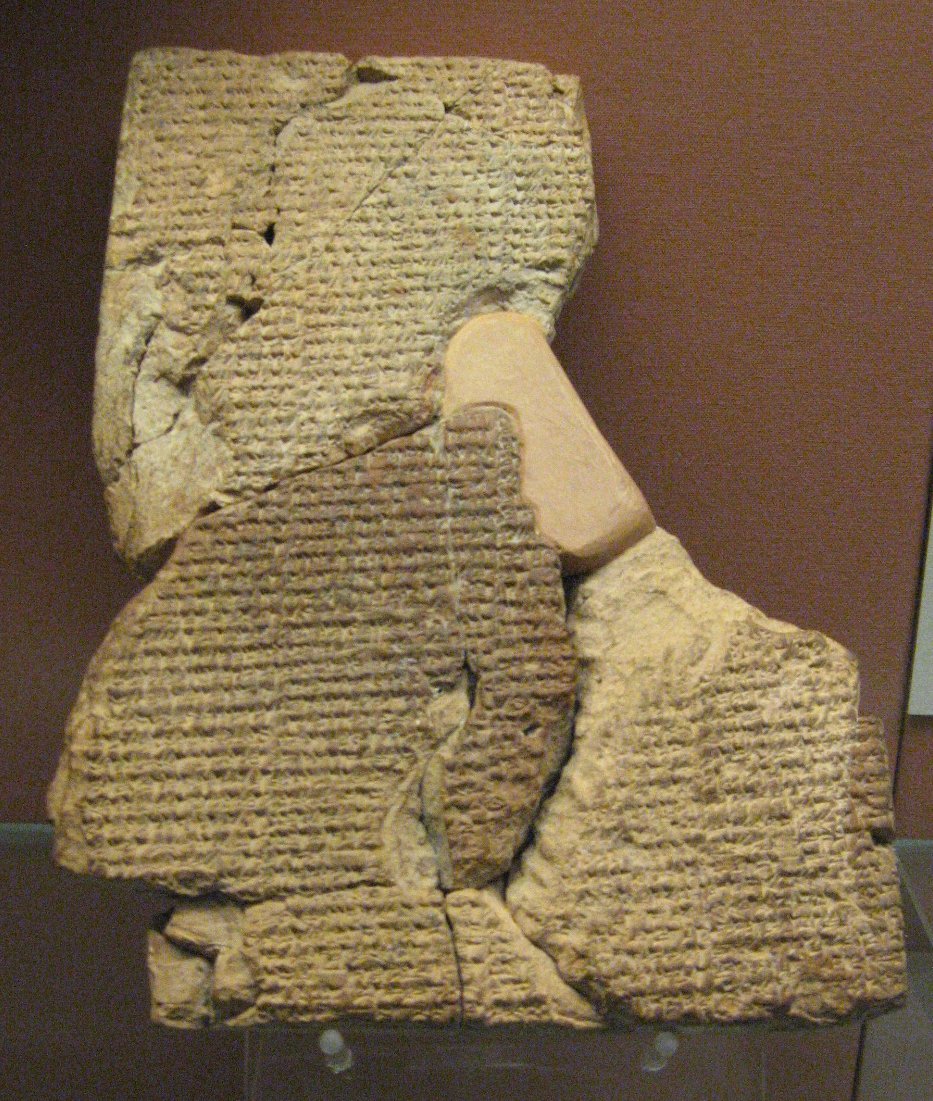 Creation of Man – Genesis vs The Atrahasis Epic

The Creation of Man

The creation of man is a popular subject among theologians. The Atrahasis Epic is widely accepted as the source of nearly all other human creation myths. While the Bible gives a vague account of creation, the Atrahasis Epic contains much more detail. It explains who, what, and why. It reveals their intentions and motives, and who exactly made the decision to create mankind.

This is cut from the 1st Tablet of the Atrahasis Epic. It states that mankind was made to bear the work load of the “working class” gods. They attempted a rebellion and it was quelled by the execution of the rebellion’s leader. His blood was then used to create a working mortal man to relieve them of their tasks.

When the gods instead of man

Did the work, bore the loads,

The gods’ load was too great,

The work too hard, the trouble too much,

The great Anunnaki made the Igigi

And spoke to the gods, his brothers:

The counselor of the gods, the warrior, from his dwelling.

Let us mix fight with battle!

The gods listened to his speech,

Set fire to their tools,

“Who is in charge of the rabble?

Who is in charge of the fighting?

Who ran to the door of Ellil?”

Every single one of us declared war!

We have put a stop to the digging.

Our work is too hard, the trouble too much!

Anu made his voice heard

And spoke to the gods his brothers,

What are we complaining of?

Their work was indeed too hard, their trouble was too much.

While the Anunnaki are sitting before you

And while Belet-Ili the womb goddess is present,

Call up one and cast him for destruction!

Ea made his voice heard

And spoke to the gods his brothers,

Why are we blaming them?

Their work was too hard, their trouble was too much.

Belet-ili the womb goddess is present-

Let her create a mortal man

Let man bear the load of the gods!

Nintu made her voice heard

And spoke to the great gods,

Then one god should be slaughtered.

Nintu shall mix the clay

With his flesh and blood.

Then a god and a man

Will be mixed together in clay.

The load is excessive, it is killing us! 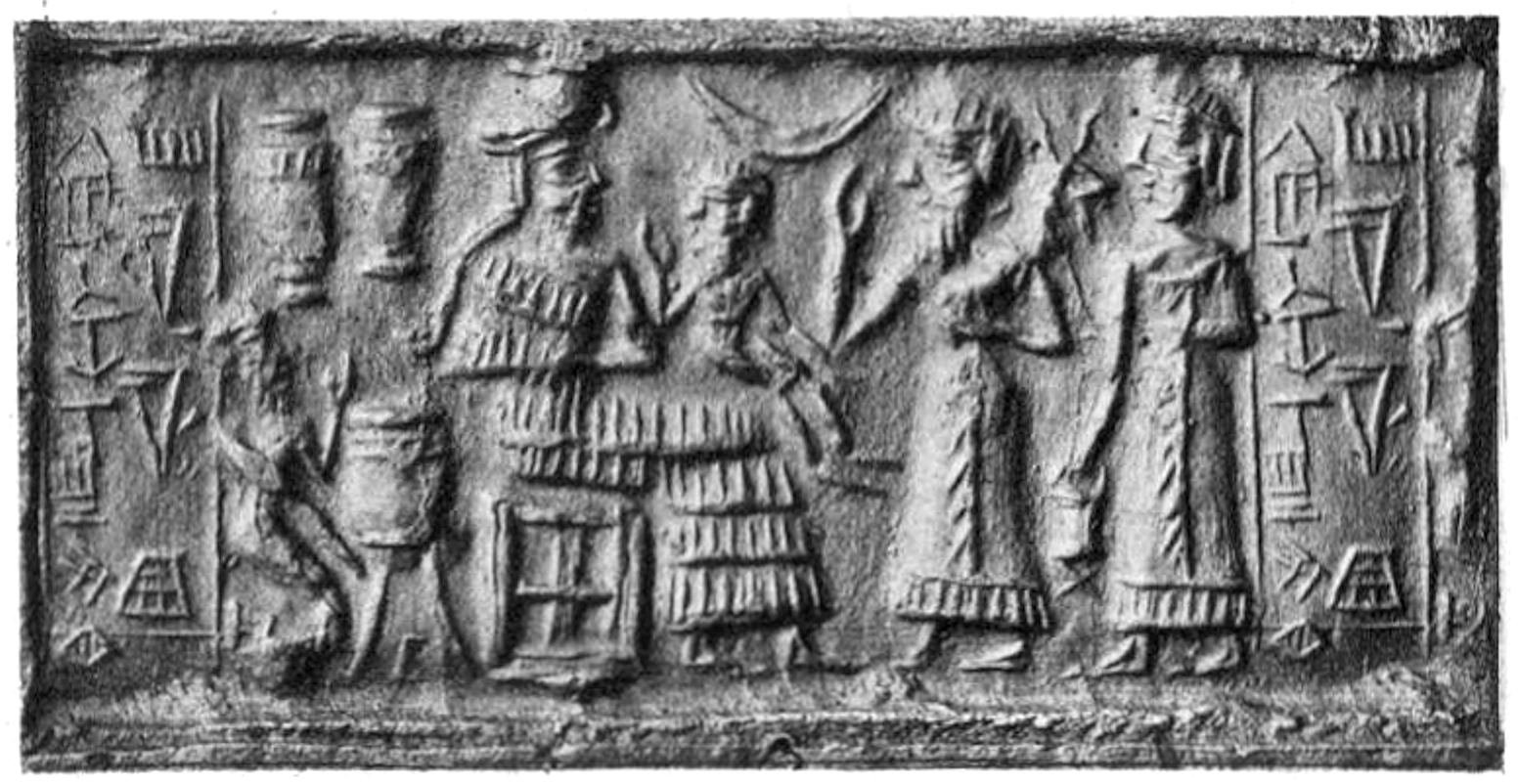 Let us hear the drumbeat forever after,

Let a ghost come into existence from the god’s flesh,

And let the ghost exist so as not to forget the slain god.

Geshtu-E, a god who had intelligence,

They slaughtered in their assembly.

with his flesh and blood.

They heard the drumbeat forever after.

After she had mixed that clay,

She called up the Anunnaki, the great gods.

The Igigi, the great gods,

Spat spittle upon the clay

Mami made her voice heard

And spoke to the great gods,

I have carried out perfectly

The work that you ordered of me.

I have relieved you of your hard work,

I have imposed your load on man.

I have undone the fetter and granted freedom.

And God saith, ‘Let Us make man in Our image, according to Our likeness, and let them rule over fish of the sea, and over fowl of the heavens, and over cattle, and over all the earth, and over every creeping thing that is creeping on the earth.’ 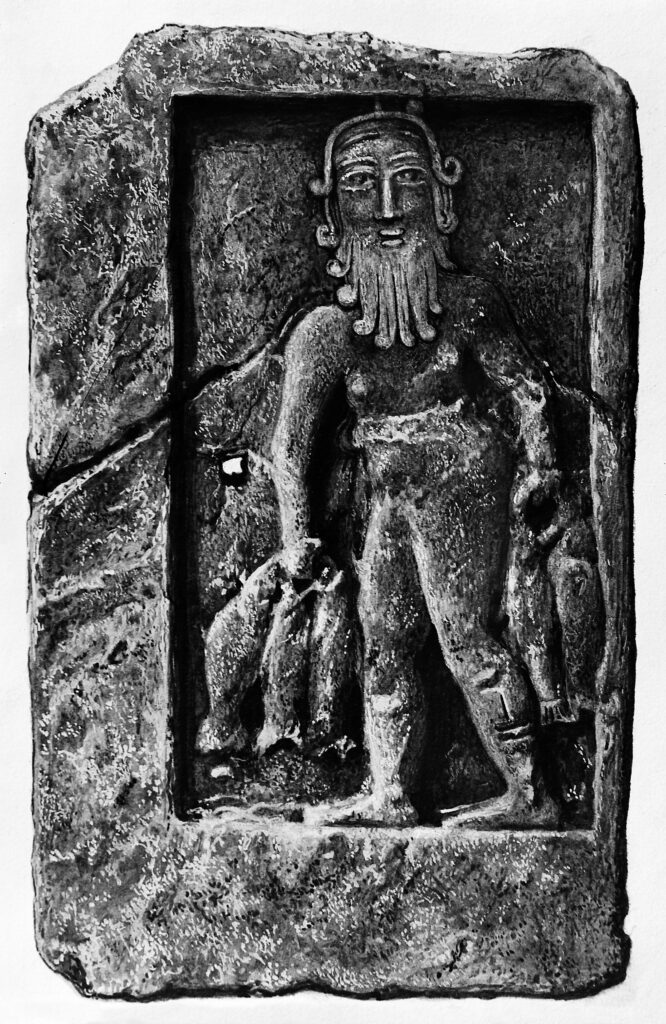 Upon comparing these tales we can determine they have a common source. Throughout the world, different cultures share nearly the same creation tale. While the biblical account does lack detail, it still reveals God’s intent for creating man. The very next line after man’s creation says to let man rule over the fish, cattle, fowl, and earth. Its counterpart story says the gods were tired of maintaining the earth. With the creation of man, the working class gods were relieved of their duties. From then on, those working class gods, The Igigi, ruled over mankind as their Kings. Still receiving orders from their masters, the ruling gods, The Anunnaki.